Making it look easy isn’t as easy as it looks . . . (especially during a global pandemic) 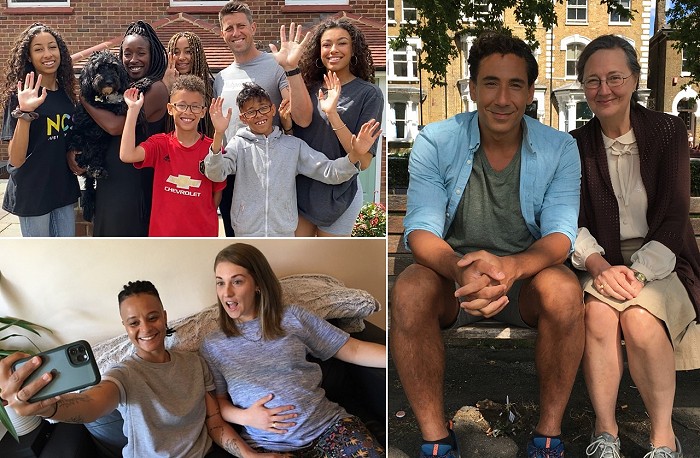 At Zing, we love making films. It’s so rewarding to apply our creative process to clients’ objectives - delivering their message in an exciting and engaging way, whilst making the whole process as painless as possible for them.

But what goes on behind the scenes?

From the initial creative ideas through to the final product, there’s a huge amount of thinking, planning, preparation, decision making and good old-fashioned hard graft that goes into each and every film we make. And in today’s COVID environment, there’s a whole new layer to consider. Safety is our number one priority, but how do we prevent the restrictions from impacting on the quality and impact of the end result?

We’re all learning and adapting as we go in this strange new world, so we’re happy to share some insights and tips from a recent project …

This was a set of short films for an e-learning programme to help employees understand different types of customer and to guide conversations about their needs and wants in terms of financial services and products. The client came up with the idea of dramatised video diaries which we jumped on because it’s apropos with lockdown. They had quite specific ideas about who should appear, as well as the stories and messages they wanted to get across, which we needed to try to match as closely as possible.

We needed to write the scripts in advance to get client sign off before we did the shoots. We knew we wanted the actors to improvise a little around the script on the day, but there were key learning messages for the viewer that had to be acted out verbatim, so a good clear script was vital. The trick would be to make the performances relaxed, natural and as ‘off the cuff’ as a home-made video diary.

The films would portray a glimpse into the home life of a variety of diverse families and characters, and the life challenges they face. Having the actors keep a meter apart from each other would have been at odds with the story. For example, one of the scenarios was a gay female couple expecting their first baby. To make it believable, we needed them to be able to sit side-by-side on the sofa as they delivered their video diary entry and to be tactile with each other.

To overcome this challenge, the decision was taken to cast real couples and families from the same household or bubble. Not only did this solve the social distancing difficulties, it also brought a level of warmth, intimacy and a personal dynamic that helped bring the characters and the story to life.

We also wanted to film the scenes in the actors’ homes, to add authenticity as well as for safety reasons, which all added up to quite a tough brief for our casting director! We built a bit of extra time into the schedule to allow for this, and our friends at Thomas Adams Casting came up trumps.

Together, we slogged our way through sixty self-taped auditions and started to spot the talent that might be the best fit for the roles: not only because they fitted the demographic profile, but also because we got a sense of personality and charisma from their audition tapes.

In the end, our expectant mothers were played by a real-life couple (neither were actually pregnant, so we just needed a fake bump!). We also had two real-life best friends playing a male doctor living with his agoraphobic aunt, and a real-life mixed-race family who we really just wanted to be themselves!

Logistics of the Shoots

As these needed to look like authentic video diaries, with a bit of chaos and realism to them, we decided we should film them on a phone. But you’ve got to be able to see and hear it, so we did some research and purchased a brand-new iPhone 11 Pro and made sure we recorded in a quiet environment and that the lighting was up to scratch. We could have put in personal mics and wired them up, but we didn’t want to restrict their movements, and actually, people generally don’t do that when recording vlogs, etc. In addition, we didn’t want the films to look or sound overly produced.

For the same reason (and also with safety in mind) we didn’t want to send in a full production crew. We were concerned, however, that if we just let the actors get on with it by themselves, it might work, but there was no guarantee that we’d get usable material. You really can’t really on the tech alone; you need some experience and know-how to make it do what you want it to. So we felt it was crucial to have Tim, the Director present at the shoot (in some way, shape or form) to bring his expertise to the table, along with his understanding of the clients’ objectives. This would allow him to help sculpt and craft the film to ensure we came away from the day with the high-quality professional footage that we needed.

One option we discussed was Tim being present over Zoom, guiding and directing the shoot from a laptop in the corner of the room, which would probably have worked but would have been less than ideal. So, we asked the actors if they would be happy for Tim to come into their homes (armed with facemask, packed lunch and water bottle) to direct in-person – keeping his distance, of course. Thankfully, they all were all absolutely fine with this, which meant Tim was able to offer hands-on (not literally!) help and guidance, thinking on his feet to work out how best to shoot the scenes in each location. He was also able to assist the actors with their performances: running through lines, helping them to get into character, and encouraging them to inject their own personalities into the performances where appropriate.

“They were all quite experienced and so happy to be working and doing something creative,” said Tim. “I’ve never worked with such a giving cast of people, desperate to perform, bending over backwards, eager to help and do their best to make the best film. It was breeze actually and a real pleasure to do.”

Every project that we’re working on currently has a COVID layer to it. It’s all about preparation and finding ways to achieve the end result but not necessarily taking the path that we would normally take to get there. That’s not to say it’s a lesser path. In some instances where creating films that are, if anything, stronger than they would have been. For example, we were due to film a drama in a client’s offices as we would normally. But lockdown meant that we weren’t allowed in, so we recorded in a completely white studio with a few simple props. The focus then became the characters, what they say, what they do, without distractions in the background.

In 2020, we’ve all become accustomed to the Zoom aesthetic. The immediacy of video calls is entirely appropriate for meetings, live events and news reporting. But with more nuanced communication, especially when it also needs to reflect a brand, there’s always going to be a requirement for film that is delivered at a higher level of quality.

Another consideration is that many of the films we work on need to have a long shelf life, so they can’t look like life during lockdown. It’s been fascinating exploring different ways to deliver great films in this unprecedented time. The end results have been classic ‘swan’ productions, where there’s been a lot of activity under the water to deal with COVID, but the end result is the beautiful white bird floating serenely along the river … Hopefully, the clients feel that way too!

Or, if this all sounds too exhausting and you’d like us to handle everything for you, get in touch for an obligation-free chat!

Many thanks to Zing Stalwarts Tim Frewer and Ben Tunningley for their input into this article.

Tim Frewer is an award-winning television Writer/Director, working in the television industry for over 35 years in broadcast and corporate TV, commercials and promos.

Ben Tunningley is an experienced freelance Producer/Director, primarily for corporate film. He’s worked for a wide range of clients and sectors at some of London’s leading production companies.